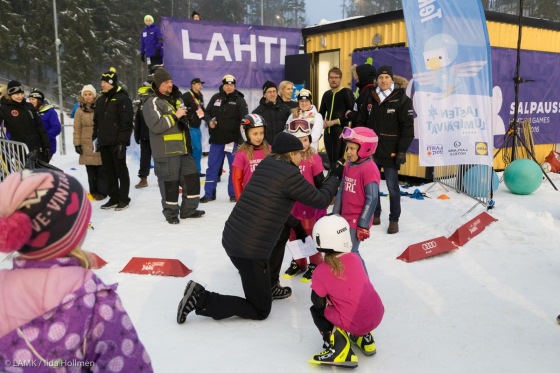 It started from something quite small. A year ago on the top of big hill. What if I could…

”This is starting to become a habit”, I think to myself. ”Here I am sitting in the Lahti Ski Club changing room putting a skijump suit on.”

I’ve had a dream: a skijump. Quite an insane thought that I got a year earlier looking down from the biggest skijump tower in Lahti, Finland. A thought that this would be something worth trying. That I COULD do it! Two weeks ago I went practicing and wrote to you about the first skijump of my life. And now I’m here, about to participate in a skijump competition. It’s Friday the 19th of February.

But it’s not about me today. It’s about something greater. 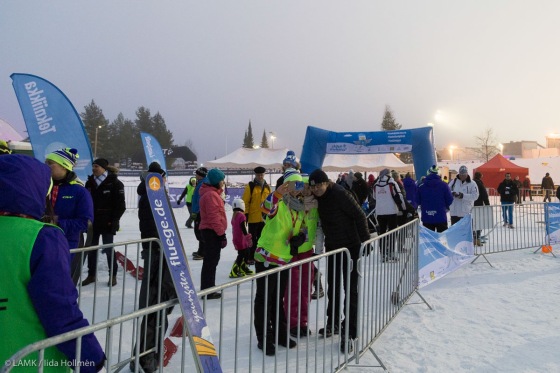 Little ski jumper girls have stepped into the changing room. Nanni 5 yrs, Heta 7 yrs, Emilia 8 yrs and Sofia 9 yrs do skijump as their hobby and have come to show us adults some example. We’re about to participate in children’ rights organization Plan’s and Lahti2017 World Championships organization’s charity competition and jump. It’s a theme day at the Lahti Ski Games, which is a pregame for the big WC-competitions next year, and today we’re celebrating girls. Well, in the changing room, there are no other women except for me. Eight men and one woman… And I might be the least scared one. I mean, I’ve done this already and came here to win!

The Little Miss Skijumpresses are eagerly waiting for their turn to do the test jumps of our competition. Their joyful chatting fills the changing room. They put on their jumping suits and t-shirts with texts: ”Because I am a girl” and ”Girls can”.

Because I am a girl and girls can! 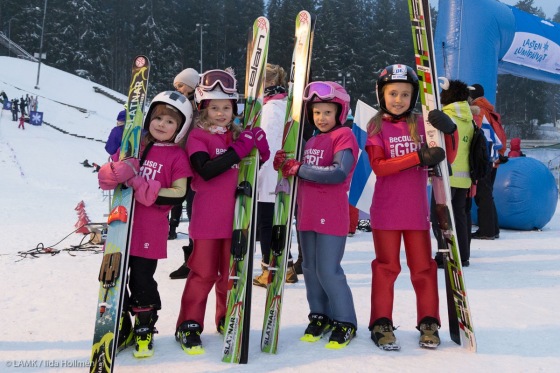 ”Julia, this is what everyone always asks and I’ll ask it once more: Can a girl really do skijumping and be a ski jumper?”

This is what a legendary Finnish sports commentator Antero Mertaranta, who’s (of course!) the commentator of our competition too, asks of Julia Kykkänen, the best Finnish female ski jumper.

The Little Miss Skijumpressess are climbing to the top of the skijump hill we’re supposed to jump from. They’re cheering for each other and bursting of excitement and expectation. When do use adults loose that spirit, I start to think. Why is there some point in which life becomes so serious that we forget that childly joy and sincerity?

These girls have a dream. They want to become ski jumpers, be like Julia, their idol. I hope that will can come true in a world that doesn’t question if a girl can do this or that! 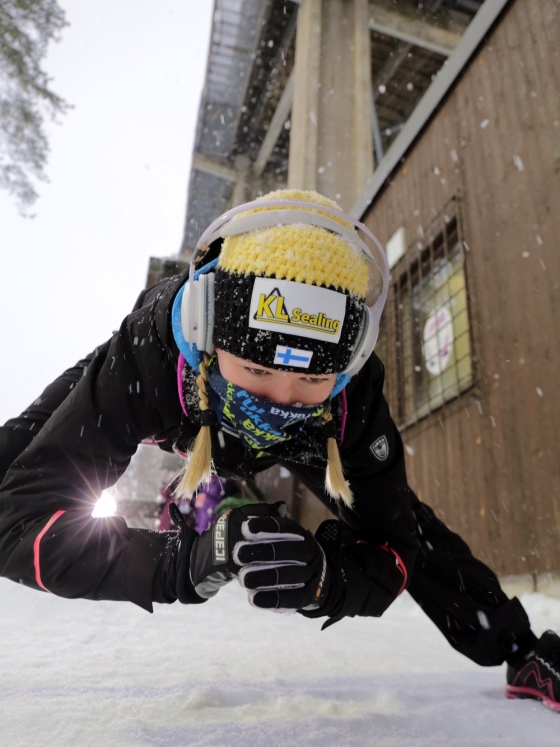 Skijumper Julia Kykkänen preparing for her jump on Fe 19th 2016

Julia’s big moment has been earlier on that day. She’s jumped in a World Cup competition in front of her home audience. I’ve been watching the game, too. Julia’s done a great performance and it’s been touching to see the video stream straight form the skijump tower in which her coaching team, her own father included, are rejoicing of her achievement. It wasn’t enough for the top spots this time, but that doesn’t actually matter. What matters is that Julia’s done well personally and that history’s been made: this was the first Women’s World Cup competition in history.

And that’s a big deal. These ladies have done a big job in making the way for their sport – first to the Olympic Games and now to here. They’ve believed in their dream and now, step by step, the results of the work are coming alive.

And now, few hours later after her own competition, while the Small Skijumpressess are climbing to the top of the hill, Julia looks to commentator Antero Mertaranta’s eyes and says:

”Well, I guess girls can jump, because they do jump.”

At this point I’m already on the top of the hill, too, waiting for my jump, but when I hear Julia’s answer I scream aloud: ”Girls can!” 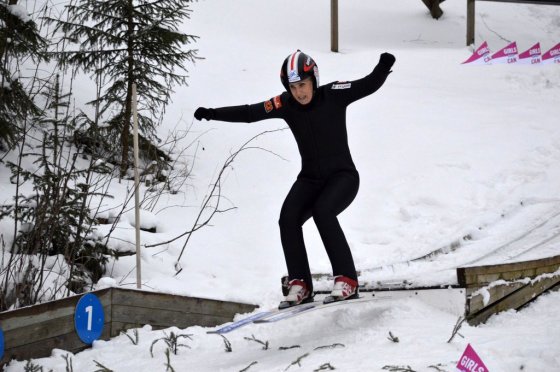 ”Now that it so happened, and you fell to the ground and failed, do you think half of the city hates you now?”

I’ve done my jump. Some amateur luck, I guess. Both my test jump and the competition jump have ended me falling down, even though in my practice two weeks earlier everything went exemplary. The top moment of my life ends up lying in the snow and the question asked by one of the most legendary Finnish person, Mr. Mertaranta: will everyone hate me now?

That makes me laugh. Mr. Mertaranta’s interviewing me infront of the public and I ask their opinion. They give me big applauses. 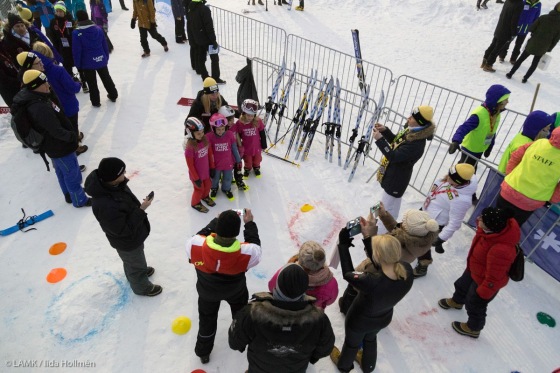 The Little Miss Skijumpresses are running around in the crowd. Pictures are taken and cheers given. Everyone’s jumped now and the atmosphere is high.

I look at the Little Miss Skijumpressess.

I look at Julia.

I look at Mr. Mertaranta.

I look at the cheering public.

And us girls, we can do whatever as long as we, too, get help – when the world thinks we have no boundaries and that girls can too. That the attitude is supporting. That instead of questioning we get cheering; making our success possible.

I look at the Litte Miss Skijumpressess’ parents.

The competition organizer waiving the Finnish flag and the text on the girls’ shirts:

Because I am a girl and girls can. 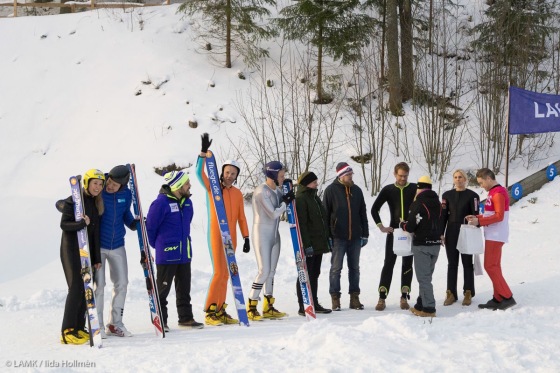 Here I am, again. In the changing room taking off my skimp suit. ”This has to become a habit”, I think to myself. The competitor in me has risen and I really want to learn how to do a real skijump that doesn’t end up falling down.

The Little Miss Skijumpressess are bustling in changing room. I look at them and smile. I hope at least one of these girls is seen on Julia’s place one day. I hope that every girl around the world will get all possible support from their parents, schools, coaches and so forth in fulfilling their dreams. And that those whose premises are not as good as others’, and don’t have the support needed in their own families or countries, will be helped by others.

This requires something important of us adults: we need to understand that the attitude is everything. Girls can do whatever and go where ever! 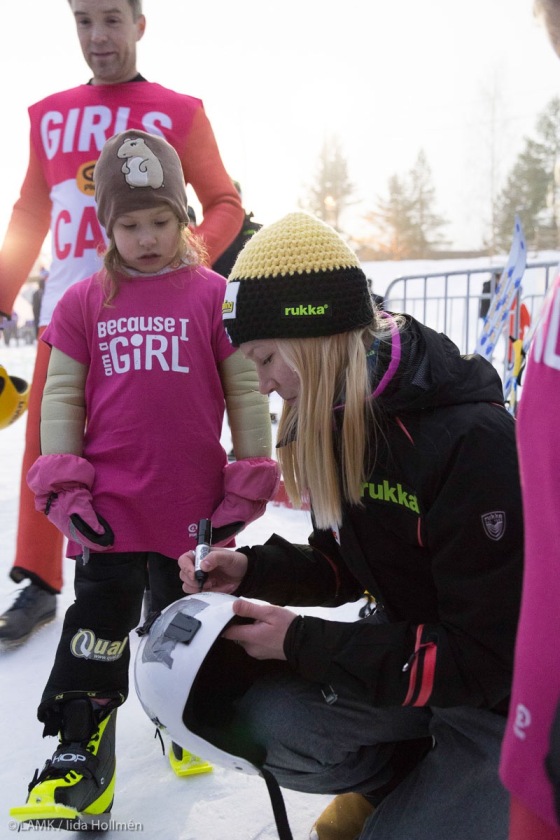 Lahti Ski Games, the pregame to the big World Championships in 2017 made many dreams come the past weekend: mine, Julia’s and the Little Miss Skijumpressess, just to name few. I’ve never thought that a sports event can be a whole world – that besides the sports many experiences are produced to the public by the organization and their cooperating companions.

And what comes to this girl thing, it’s all about cooperating, too! Can we now make a joint decision that we will stop questioning and focus on cheering; on believing that girls can as well as boys?

It isn’t a matter of sex.

It is a matter of what’s inside one’s head.

It’s a matter of dreams and everyones right to fulfill their own.

Many important dreams in this world; one of them the one of Lahti2017 organization. They, with their cooperating partners, want to build a great event for everyone in 2017 – the year Finland celebrates it’s 100th birthday as an independent country. And that’s done in cooperation, too. I wish that many of us Finns and international guests will help the organization to fulfill this dream.

Here’s a video of my jump. In Finnish only, but I think you’ll be able understand the most important things, enjoy 🙂 You’ll also find this blog post in Finnish here. 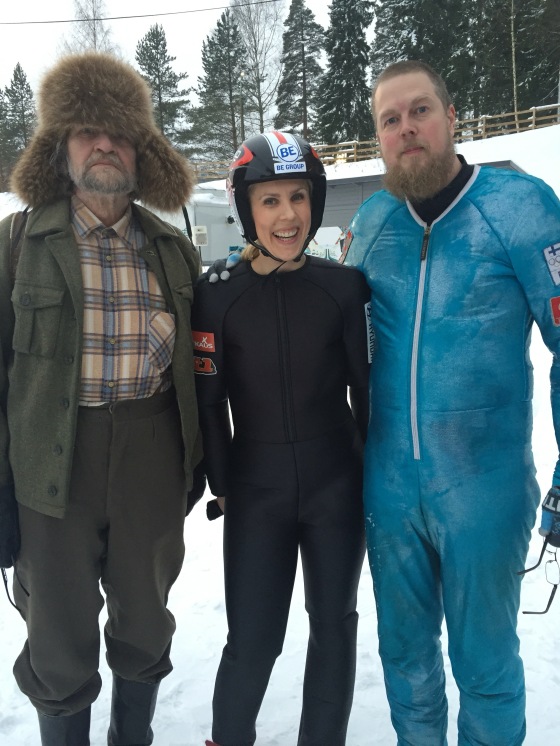 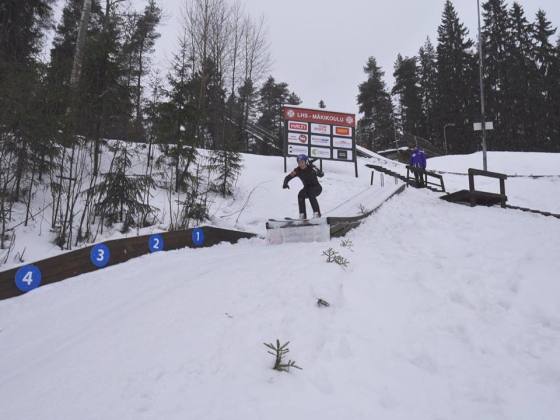 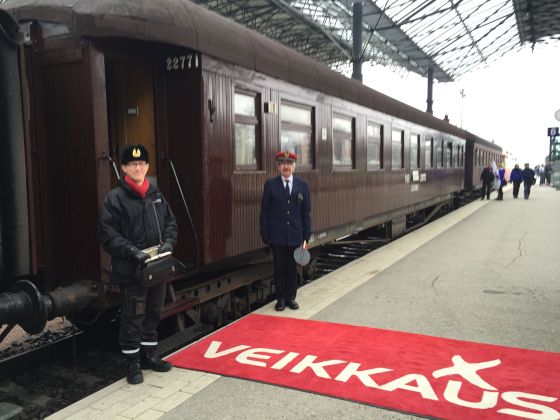 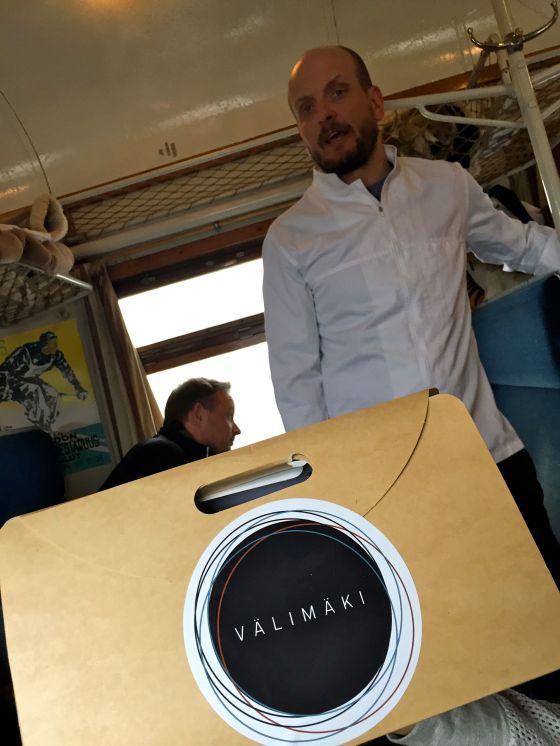 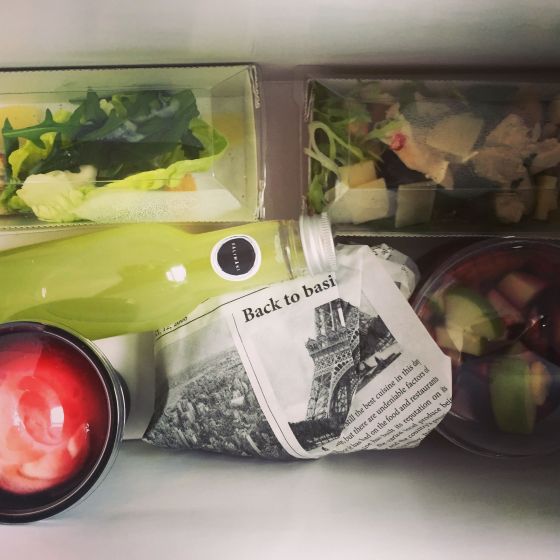 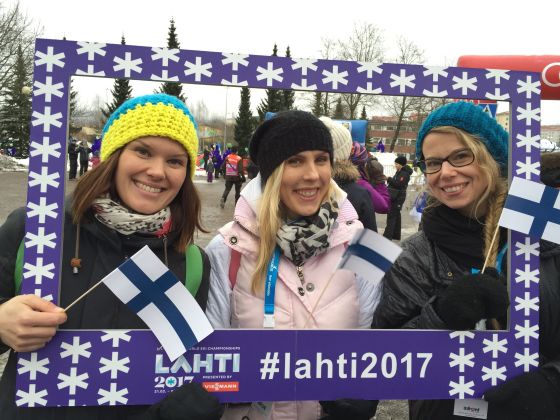 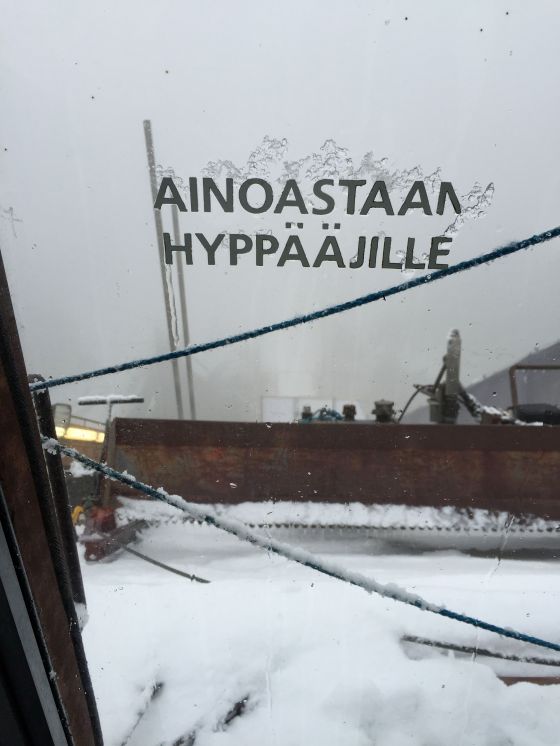 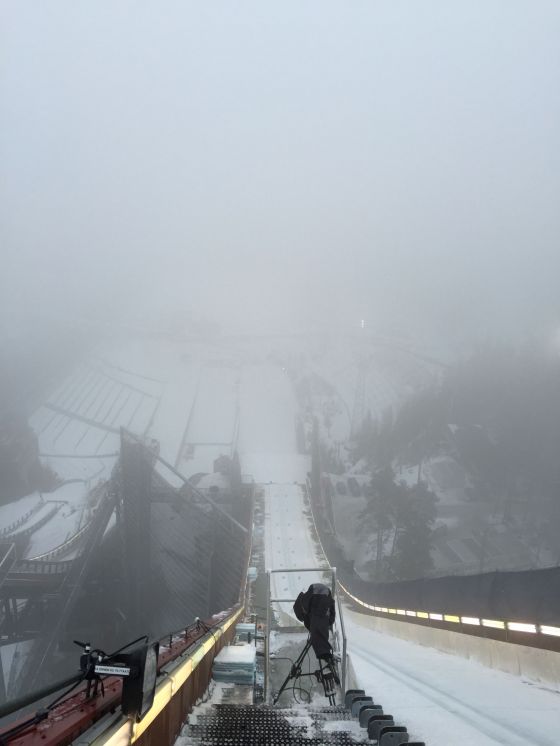 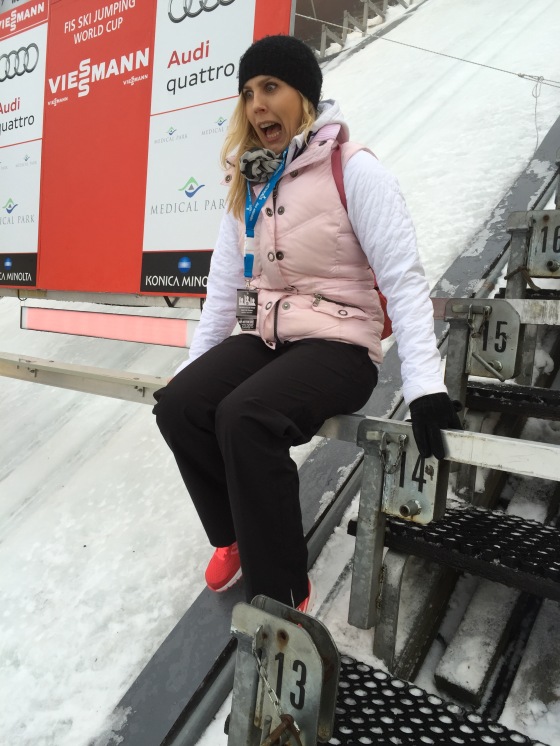 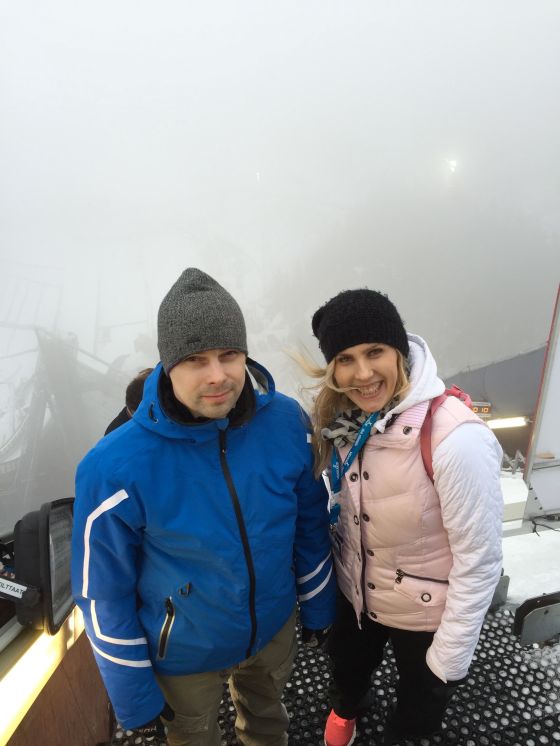 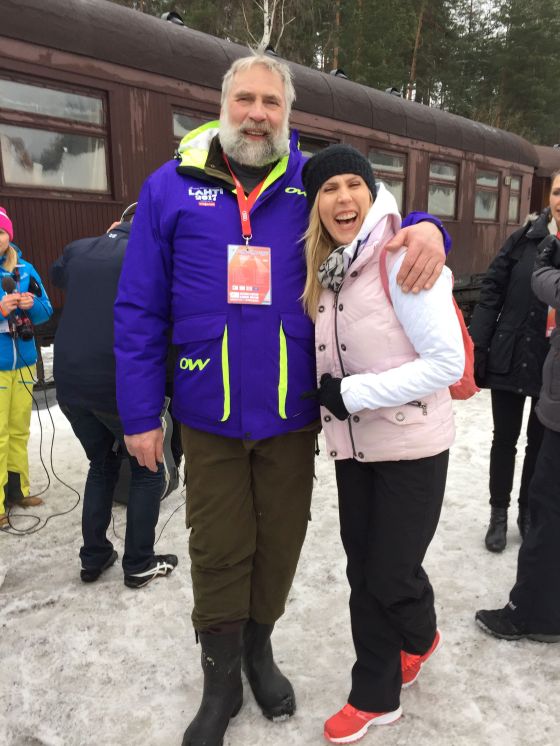 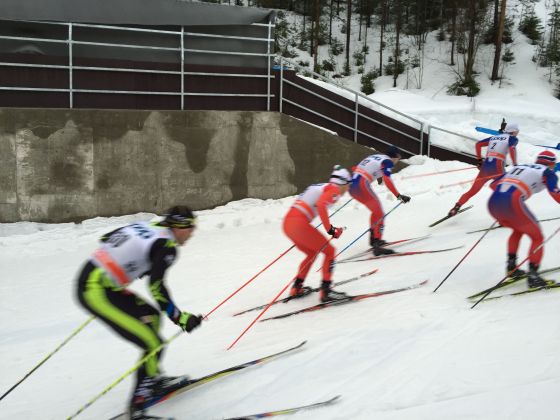 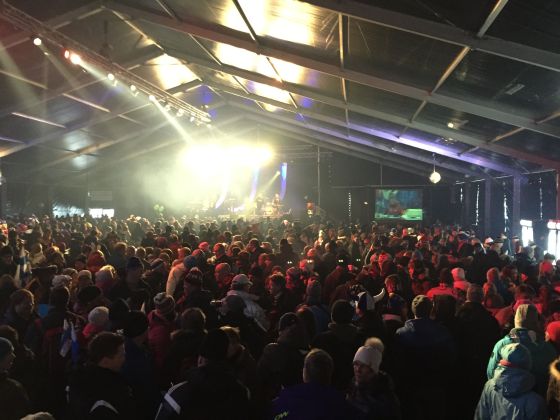 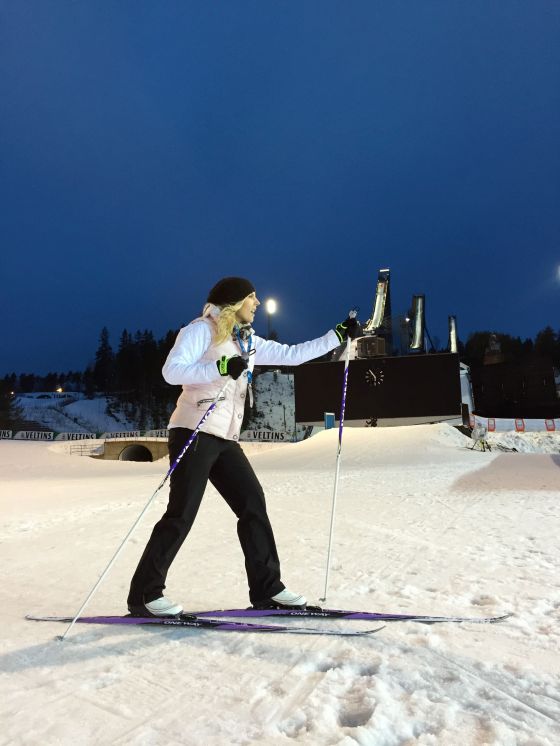 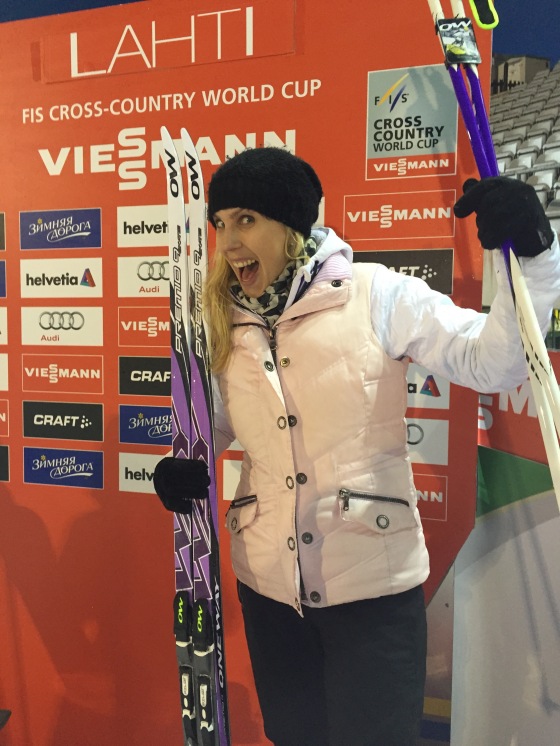 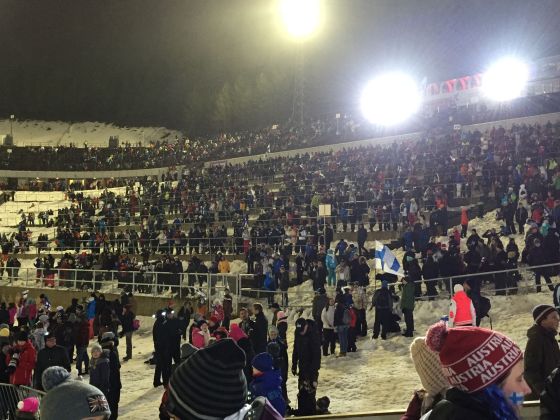 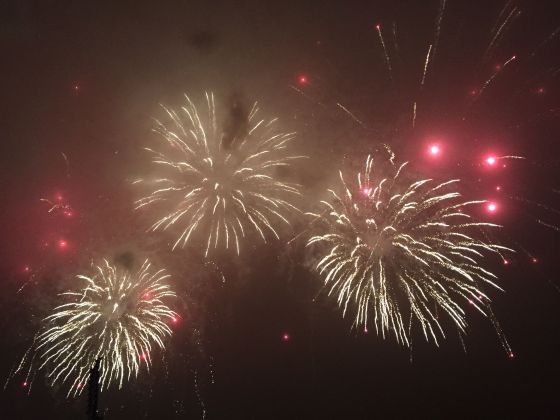 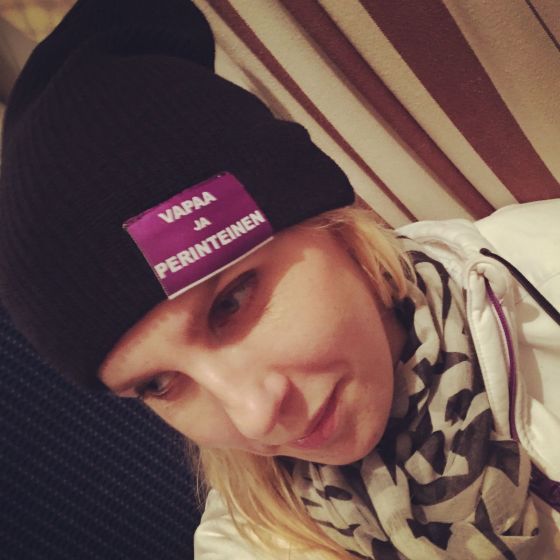 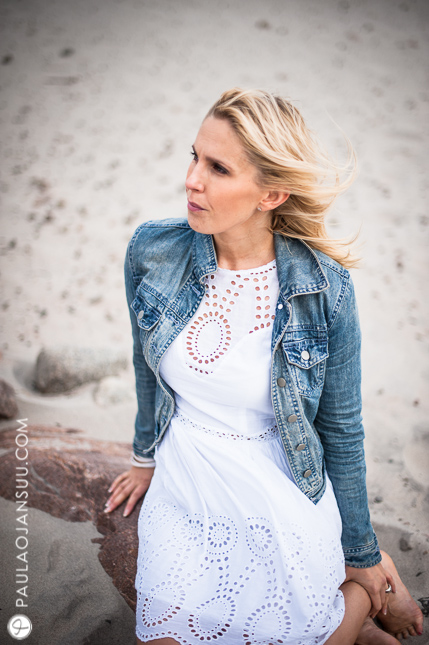